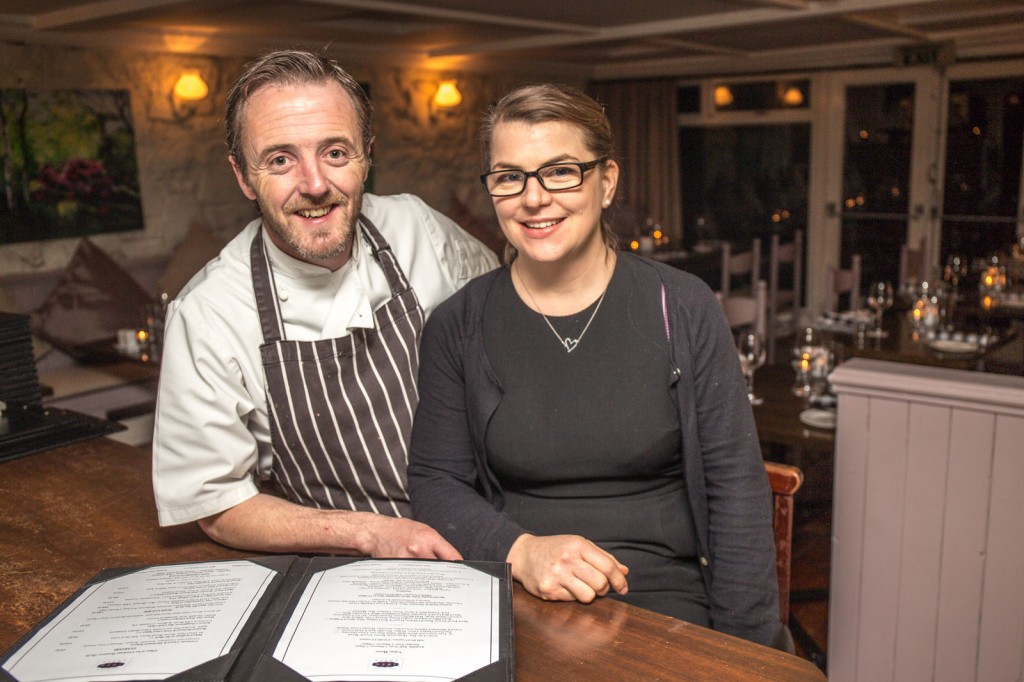 Chef Wade Murphy has worked in some of the top kitchens in London, Chicago, Egypt and of course Ireland and has just been awarded both best chef in Limerick along with best restaurant with 1826 Adare. A Wexford native with a passion for food from a young age, there was never really any doubt what career path Wade would follow. Previously of Lisloughrey Lodge and The Lodge at Doonbeg, Wade along with his wife Elaine decided to take a leap of faith in 2013 and open 1826 Adare in her native county of Limerick.

The marriage of the two backgrounds lends itself perfectly to the award winning establishment of 1826 Adare that they have both worked so hard to create. Wade was also Commissioner General of Euro Toques Ireland 2013-2015, whose main objective is to protect the fine quality and flavours of food and he regularly travels around Ireland and Europe to promote this.

The rustic cottage setting and chic country décor, paired with food offering freshness, simplicity and keen pricing to match, make a winning combination. Seasonal local produce is the foundation of Wade’s food philosophy, so menus change on a monthly basis, and there are blackboard specials such as whole sole, braised meats and so on changing daily. Signature dishes include: Warm Chicken Liver salad, with Piccalilli, pickles and Bally greens and Head to Tail Free Range Pork Tasting Plate. The thatched cottage restaurant that is 1826 Adare, gets its name from the year the first Lord of Dunraven, built the cottage. Situated in the picturesque village of Adare, Wade and Elaine strive to maintain the old world charm and character of the cottage, whilst offering you modern Irish cooking, matched with friendly and attentive service.

Adare1826 from akdigital on Vimeo.

Run by Elaine and Wade Murphy, the thatched cottage restaurant that is 1826 Adare, gets its name from the year the first Lord Dunraven, built the cottage.